We trust all is well in your world? Right, enough with the small talk, we’d like to give you an update on Tim and Simon: The Sketch Show.

Previously we told you about our new four part comedy series that we are writing, performing and producing that will be released as a podcast at a later date.

It’s very daft and a little bit dark in places. Much like Simon’s bedding. Most importantly for us, we want it to sound proper professional like, which is why it is taking longer than we anticipated to get done.

This brings us on to the update and we’ll extend the tenuous X Factor analogy that we started in earlier updates.

We are well passed auditions, beyond boot camp and quite frankly we skipped judges houses. The whole series is written and we are now in the process of recording and editing. Episode one is done! It exists. We’ve listened to it today and it’s a tearjerker – it will jerk the tear in your trousers and expose you to the elements.

Episode two is in the can. Much like Ye Old Oak Jumbo Hotdogs, we’ve opened that can, chopped the contents up and are currently forcing them down our ears until we laugh, bleed or a bit of both. Then we’ll move on to episodes three and four and a new tin of briny meat.

With that in mind, we’re aiming to release the podcast throughout June! Yes, that close!

So stick that in your pipe and smoke it. Stick it on your calendars! 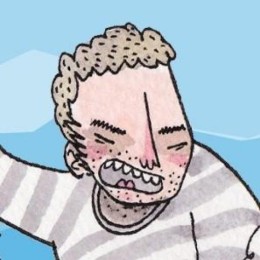